Sitewide Flash Sale!
Save up to $30

With the weather growing colder, and the tingle of the holiday season right around the festive corner warming our hearts and homes, we would like to take this opportunity to give thanks to our customers and show you our appreciation by bringing you our most copious bouquet of the year. Whether you use them as a crowning centerpiece at a festive table, or deliver them as a 'thank you' to someone meaningful in your own life, we hope our flowers add a touch of warmth and lasting holiday merriment to momentous occasions with family and friends.

You're in for a treat this month with two primary flower selections: yellow sunflowers and orange lilies. The dynamic hues of these two flowers alone are breathtaking, but for aesthetic balance we have added yellow chrysanthemums, accompanied by blue (and wonderful-smelling) eucalyptus—a splendid reflection of the harvest season!

The botanical name for sunflowers is Helianthus. The Greek word helios means sun, and anthos means flower. The French word for sunflower is tournesol or, literally, 'turn with the sun.' If you had been a papoose – an American Indian child – a few hundred years ago, you might have grown up to think that sunflowers were the depiction of your sun god. That would make sense to me. Whenever I draw the sun, it does look like a sunflower.

Early Europeans who came to America discovered Native Indians cultivating this crop in nearly all parts of North America. Researchers have found evidence of sunflower crops from Canada to Mexico, and from the mouth of the Columbia River to the East Coast! During their expedition of the West, Lewis and Clark made several mentions of Indians eating sunflower seeds for energy, so it's easy to see why those early settlers made sunflowers a part of their diet! Today, when traveling through much of the North American Heartland, you can't help but notice the stunning, and a bit awe inspiring, bright yellow fields.

The sunflower is phototropic when the plant is in the bud stage, meaning that it tends to follow the movement of the sun from east in the morning to west in the afternoon. Once they open, most sunflowers face east. Good to know if you are ever lost in a field of sunflowers! Don't try to count them, but each sunflower head consists of 1,000 to 2,000 individual flowers joined together by a receptacle base. The large petals around the edge of a sunflower head are individual ray flowers that do not develop into seed.

Sunflowers have represented different meanings in many cultures. In China, they symbolized longevity. In the Andes Mountains, golden images of sunflowers were found in temples. North American Indians living in the prairies placed bowls of sunflower seeds on the graves of their dead. And you know the birds and animals must have made fast work of them!

No other plant has had such a global impact as the sunflower. From its beginning as a prairie weed, the sunflower is now one of the worlds leading oilseed crops, second only to soybeans. In 1966, an open pollinated Russian sunflower was brought to the United States. The Russian sunflower, and others, began the first sustained U.S. production of oil seed sunflowers. Some of the states with the highest growth output include North Dakota, South Dakota, Minnesota, Kansas, and Texas. The former Soviet Union itself has a huge number of sunflower acres, second only to Argentina.

Commercial sunflower crops are of two types. One produces edible seeds and the other is the oilseed crop. The large grey-striped seeds used for eating make up about 25% of sunflower crops, and the other 75% is for sunflower oil. Worldwide, more than five million metric tons of sunflower seeds are grown every year. The oil from sunflower seeds is low in saturated fats and high in polyunsaturated fats. While our ancestors could not have known just how healthful this oil really was, it continued to grow in popularity and has, in fact, become known as one of the most beneficial cooking oils on the face of our Earth.

Since early times, we have seen sunflowers grow in popularity in other ways besides in-shell snacking and cooking oil. In America, consumers have used shelled sunflower kernels in salads and in various trail mixes. In Korea, sunflowers are also used in making candy. Americans' love of baseball and sunflowers has merged to the point where many consider sunflowers to be a baseball snack. And in other parts of the world where soccer is the king of all sports, sunflowers are also considered the snack of choice.

As you see, sunflowers can be an exceptionally versatile ingredient! Due to the mild flavor, crunchiness, and health benefits, sunflowers are currently used in many products ranging from chocolate candy and breakfast cereals to all kinds of bread and bakery products. While the sunflower is without a doubt very popular, researchers tell us that we have only begun to discover the uses for this nutritional powerhouse.

This popular perennial's name is derived from the Greek chrysos (gold) and anthos (flower), and there is a wealth of history behind your enchanting yellow daisy mums. Chrysanthemums had been cultivated in Chinese gardens for more than 2,500 years before they were first exhibited in England in 1795. The ancient Chinese named the chrysanthemum ("chu hua") to be their official flower for October and their official badge of the Old Chinese Army. Mums were considered one of the four Chinese noble plants, along with bamboo, the plum, and the orchid; and, therefore, the lower-class Chinese were not permitted to grow them in their gardens.

Visiting Buddhist monks brought the chrysanthemum to Japan in 400 AD. Japanese emperors so loved this flower that they sat upon chrysanthemum thrones; and kikus, the Japanese word for chrysanthemum, were featured on the Imperial Crest of Japan. Even today, the chrysanthemum is a symbol of the sun, and the orderly unfolding of the mum's petals denotes perfection. One Japanese tradition is to put a single chrysanthemum petal on the bottom of a wine glass to sustain a long and healthy life.

Garden lilies bloom in waves from June through September. Cut lilies are at peak availability in May, June, and July. There are hundreds of different types available, but once you know the three basic categories, it becomes easy to envision the various lilies and their characteristics. Technically, lilies fall into many categories; but, practically, there are three primary groupings to consider.

Lilium longiflorum: These flowers have large trumpet-shaped flowers; for example, Easter lilies and Madonna lilies. In the USA, longiflorum lilies are most often seen as potted plants, though in Europe, they are widely enjoyed as cut flowers. These lilies have a classic sophisticated beauty. Top sellers include White Europe and Snow Queen.

Oriental hybrids: The Oriental lily flowers are usually much larger and more flamboyant than the Asiatics. They are highly scented, either sweetly aromatic or rather spicy in fragrance. The Oriental lily is the grande dame of lilies and generally more expensive, as its production is more cost intensive. One stem bearing several Oriental lily flowers is often all that is needed to dress up an arrangement of more modest flowers. Popular examples include Casa Blanca (an enormous, perfect white flower), Star Gazer (a hugely popular crimson-rose flower with white edges and dark red spots), and Le Reve (a pastel pink flower).

To accentuate the rich hues in your arrangement this month, we have added true blue eucalyptus. Throughout the world, there are approximately 700 different eucalyptus species! For thousands of years, eucalyptus plants evolved in dry and infertile soils in the region that is today Australia, which explains its capacity for recovery under adverse environmental circumstances. Eucalyptus species are quite at home in Chile, Brazil, the U.S., and China.

The eucalyptus tree belongs to the Myrtaceae family, the same as the guava, jabuticaba, and Brazilian cherry trees. From its origins in Australia and Indonesia, the eucalyptus was first planted in Brazil in 1825 as an ornamental plant.

Thanksgiving Day commemorates the harvest reaped by the Plymouth Colony in 1621, after a winter of great starvation and privation. In that year Gov. William Bradford declared a day of thanksgiving, and the feast was shared by all the colonists and the neighboring Native Americans.

Although similar observances were held locally, they were sporadic and at no set time. After the American Revolution, the first national Thanksgiving Day was proclaimed by George Washington on November 26, 1789. Abraham Lincoln, urged by Sarah J. Hale, revived the custom in 1863 and appointed the date to be the last Thursday of November. In 1939, 1940, and 1941, Franklin D. Roosevelt decided that Thanksgiving should be celebrated on the third Thursday in November. When contradictions arose between Roosevelt and some of the state governors, Congress passed a joint resolution in 1941, decreeing that Thanksgiving should fall on the fourth Thursday of November. The customary turkey dinner is a reminder of the four wild turkeys served at the Pilgrims' first thanksgiving feast. We wish you and yours a healthy and safe Thanksgiving Celebration! 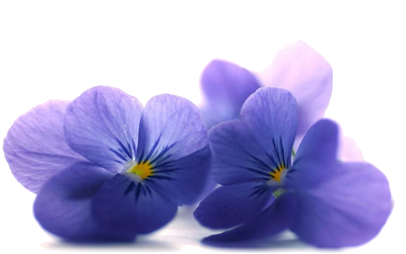 We’ve shipped hundreds of thousands of bouquets over the years. Our designers
know which blooms ship best, how to pack them, and buy only top-rated blooms.